Slot machines are a crowd favorite at casinos. They are relatively easy to play, and it can be low stakes as well. You can bet as little as one penny or much more than that, depending on how much you are willing to risk. Of course, the bigger the bet, usually the bigger the payoffs. Casinos will often put higher payback percentages on higher denomination games, meaning that the games where you have to bet $1 per spin will have a bigger payoff than the 25-cent games, which in turn will have a bigger payout than the 1-cent games.

Some machines will have a disproportionately higher payoff when you bet more, but each machine and each casino is different, so you must read the rules carefully to make sure you are taking full advantage of the slot you are playing.

While you can make money playing online casinos, the payouts aren’t usually as ridiculously large as the casinos in Las Vegas. In 2014, Jon Heywood won a little more than $20 million playing online on the Mega Moolah slot. He set the Guinness World Record (at the time.) Just one of the highest payouts is from an online casino; the rest are from in-person casinos. If you do love to play online, here are some of the best casino bonuses.

Some of the biggest slot wins, as mentioned here, can number into the millions. Here are some of the top wins from a few lucky (and one not so lucky!) gamblers.

For World War II veteran, Elmer Sherwin, luck seemed to be on his side not once but twice. At the age of 76, he won $4.6 million at the Mirage on the Las Vegas strip. He put that money to good use and traveled the world, but he continued to play the slots every week even though he wasn’t interested in the money. He wanted to gain fame for winning big jackpots twice.

Sixteen years later, when he was in his nineties, it finally paid off, and he won more than $21 million. Elmer was extremely generous with his winnings and donated a large portion of it to help those affected by Hurricane Katrina.

To the end of his days, Elmer kept trying to get his third big win. However, he passed away in 2007 without winning another jackpot.

This one is the only jackpot on the list that is from an online casino, and it went to a lucky 40-year old Finnish man who was playing at a Scandinavian online casino. He put down a bet of just 25 cents and walked away with more than $24 million. After seeing his enormous windfall, the man says he laughed and cried at the same time. He got lucky with a Mega Fortune bonus feature, which means that the actual size of his bet wasn’t important. The man is also an outstanding poker player, so it was lucky he decided to switch over to slots that day!

A retired flight attendant from Las Vegas was visiting the Palace Station when she made a huge mistake. She thought she was betting a $100 at Megabucks but accidentally put in $300 instead. While the wheels were spinning, she was probably regretting this mistake, but it quickly paid off, and she hit a jackpot worth a little more than $27.5 million. Quite the lucky mistake! She seems to have quite the lucky streak because she already had won $700,000 from a previous spin at a Wheel of Fortune slot.

Back in 2000, Cynthia Jay had a stroke of good luck at a Megabucks slot machine in the Monte Carlo Casino in Las Vegas. At $35 million, this was was one of the biggest casino wins of all time.

However, if you have ever heard of any urban legends in Nevada, you might have heard that Megabucks jackpot winners are cursed. Of course, there is little evidence of this bad luck following big winners, but it is easy to see where the legend got its roots when you hear about Cynthia’s story.

About a month and a half later after winning the jackpot, Cynthia was involved in a tragic accident. A drunk driver hit the car she was driving, and her sister was killed on the scene. Cynthia was left in a coma and would later wake up completely paralyzed from the chest down. Cynthia says she would give back all the money happily if it meant she could get her old life back and her sister was still alive.

A Los Angeles software engineer, who was just 25 years old at the time, was waiting for a basketball game to start, so he turned to the slot machines to pass the time. He won an astounding $39 million at the Excalibur Casino in Las Vegas. He has chosen to stay anonymous. Very little is known about him except that he bet only $100 before winning big. Currently, the $39 million jackpot holds the record for the biggest slot win in the world. Of course, it was nearly toppled by Karina Bookman.

Karina Bookman was ecstatic when she hit the jackpot while playing the slots at the Resort World Casino. She was shown a winning ticket of $42.9 million, which would have been the biggest payout in casino history. Unfortunately for Karina, the machine had malfunctioned and was only supposed to pay out a maximum of $6,500. Instead of winning millions, Karina was offered just a steak dinner.

Do you want to be the next big winner on the list? Slots are easy to play, but they do take a bit of strategy. Bigger bets can help you get a higher payback percentage if the paytable is disproportionate. Of course, bigger bets could mean a higher risk of losses. Here is a YouTube video to help you learn how to win while playing slots and how they work.

If you are unsure of where to play to win big, check out Casinos Verified for a list of trustworthy sites to play on. Ultimately, it is up to you decide what the bet is worth and how much you should risk. Remember, smart players never will bet more than they can afford to lose. 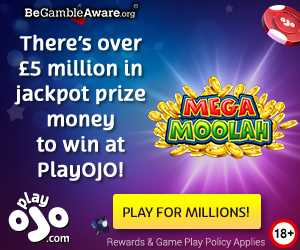 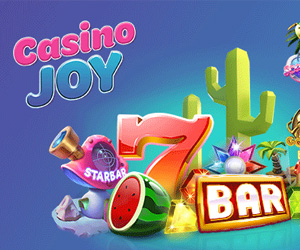 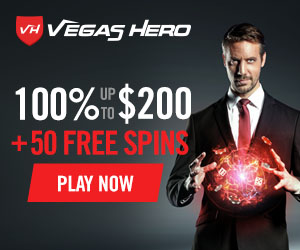 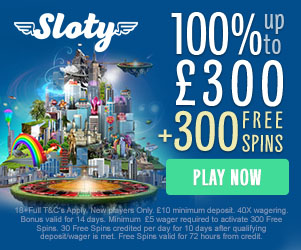